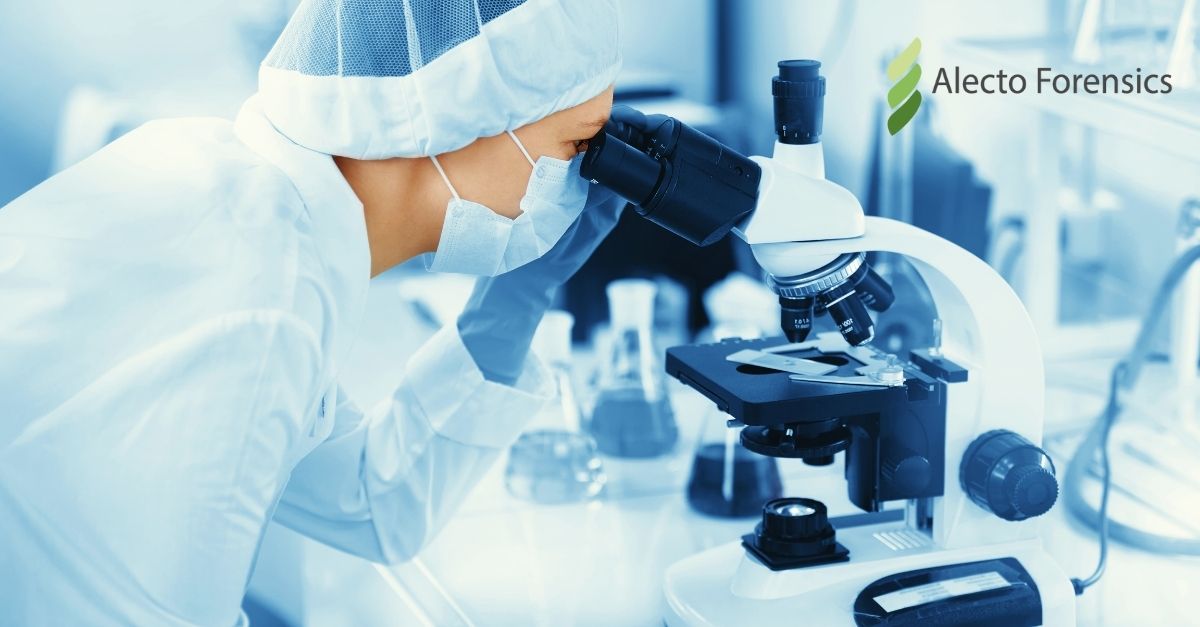 Sarah Thirkell, CSI Consultant and Forensic Trainer at Alecto Forensics, featured on Channel 5’s true crime documentary series Killer at the Crime Scene, which explores the modern forensic techniques that helped solve some of the UK’s most high-profile murders. Episode 1 uncovered the forensic strategies used by the police and forensic teams to catch Anthony Hardy, a British serial killer dubbed ‘The Camden Ripper’ for murdering and dismembering some of his victims.

On 29th December 2002, whilst searching through food and waste bins in Camden, a homeless man made a grim discovery. He found ten bags of human body parts wrapped in bin liners on a North London housing estate. After the disturbing find, Metropolitan Police quickly launched a murder inquiry, believing that there was a serial killer at large. Forensic teams had to act fast to find evidence of the killer at the crime scene.

“It’s a very sick, disturbing thing for someone to do. Every killer leaves a trace. It’s up to us to find that trace,” Sarah said.

Cordoning off the crime scene

The bins and the surrounding area were quickly sectioned off as a crime scene. As one of the UK’s leading forensic trainers with over twenty-five years’ experience in Crime Scene Investigation (CSI), Forensic Consultant Sarah Thirkell describes the complications that come with retrieving evidence from problematic crime scenes.

“Searching a public bin outside a block of flats is a forensic nightmare. This is probably one of the worst forensically preserved crime scenes that you could encounter. This is because of the location of the bins, the fact that they’re outside, and that everyone has access to them and is disposing of their rubbish there,” she said.

Inside the bin bags, police discovered a pair of human calf muscles and a female torso. Crime Scene Investigators meticulously searched the bin and its contents for any clues as to how the crime had occurred.

“As a crime scene coordinator, I was expected by the Senior Investigating Officer (SIO) to put forward hypotheses and decisions about future scenes that we may encounter.

“Beyond the list of items that I would put on my forensic strategy of things that we would potentially be looking for… saws, knives, all sorts of equipment. Along with black bin bags,” Sarah said.

Police made enquiries with the residents of the flats who used the communal bins. On day two of the investigation (31st December 2002), police still had no active leads to the killer, and potentially more than one victim. At this point the case was declared a Category A murder investigation. Specialist search teams became involved in the inquires and specific police officers were assigned to house-to-house enquiries. CCTV evidence was also seized at the earliest opportunity.

Within hours, the search team made another horrific discovery. Less than 250 metres away from the first deposition site down Plender Street, another bin liner that also contained human body parts was discovered.

The body parts were sent away for DNA analysis and the pathologist confirmed the detective’s suspicions. It was then realised that the police were dealing with more than one victim. They had the torso of one female and the limbs from another, with the Metropolitan Police quickly realising that there was a serial killer on the loose.

Fearing that the killer was going to strike again, detectives had to act fast. Metropolitan Commander Andy Baker was brought in to oversee the investigation, and dozens more officers were brought in to expedite the house-to-house inquiries.

Many of the residents suggested a man from the estate that officers should speak to. This provided the police with a person of interest on their radar, and by this time the digital forensic team had an update regarding CCTV evidence. They came across a man wearing a long, dark coat and a baseball cap opening the bin in Plender Street where body parts had been discovered and depositing a bin liner.

Identifying the person of interest and conducting a property search

The person was identified as local resident 51-year-old Anthony Hardy – the person brought to the officers’ attention during the house-to-house enquiries. Police pinpointed Hardy’s flat on the estate, and it came to light that he lived in-between both deposition sites.

Records revealed that just eleven months prior, police were called to Anthony Hardy’s flat after a neighbour had accused him of criminal damage. While searching Hardy’s flat, officers made a disturbing discovery. Lying on his bed was the dead, naked body of a female. The woman was identified as 38-year-old Sally Rose White, and Anthony Hardy was subsequently arrested on suspicion of murder.

After the post-mortem, the Home Office Pathologist established a cause of death as natural causes. The victim had underlying health issues, one of which was a heart problem. This was brought to the police’s attention and, believing that this was more than a coincidence, they decided to urgently apprehend Hardy.

A specialist team soon gathered outside of Hardy’s ground floor flat on the North London housing estate, ready to force entry and arrest him on suspicion of two murders. Hardy was not present at the flat when officers visited the premises, but there was a distinctive odour permeating around the property. The distinctive smell was emitting from the bedroom.

Upon investigating the bedroom, officers discovered an object covered by a black local authority bin liner. Lying on top was a hacksaw and a number of knives. Underneath the bin liner police discovered a female torso. The police now had two torsos, but there was still no sign of their prime suspect, meaning they were now dealing with a manhunt. The flat was secured as a crime scene and harvesting forensic evidence became the priority for investigators.

“I imagine this was a very disturbing scene for the officers to have encountered. At this point there would have been a discussion with the investigating officers and the SIO as to what they want the Crime Scene Investigators to do at the scene. What was the forensic strategy?

There’s still time left to book onto our next CSI Level 2 training course, which will be running from 9th-27th May 2022. Participants will learn about CSI best practice from Sarah Thirkell and our forensics team, and will be provided with a rapid refreshment on basic evidence recovery. To find out more and book your place, please call us on 01235 426030 to speak with a member of our team or visit: https://alectoforensics.com/contact/