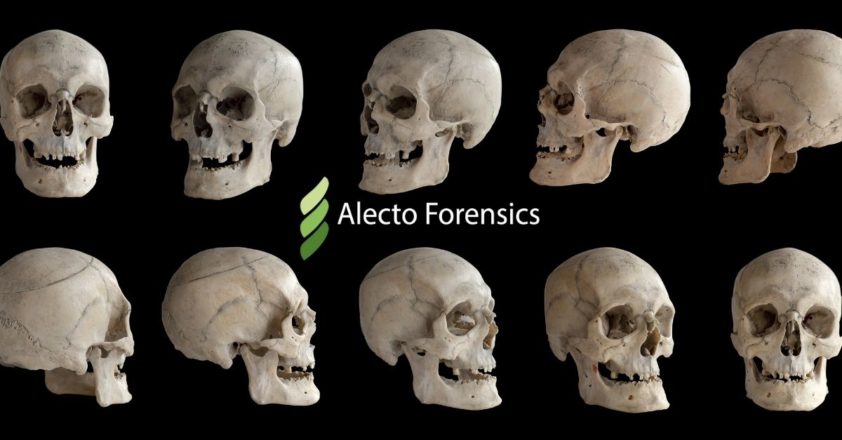 The following article is based on research by G. T. Cook, L. A. N. Ainscough and E. Dunbar.

Radiocarbon dating can be particularly useful in establishing the age of a sample rich in carbon, including hair, bone, blood residue, textiles, fabrics, wood, charcoal, plant fibres, and pollen. Traditionally, it is most frequently used to determine whether human remains or evidence items are of archaeological or forensic significance.

However, in a landmark archaeological investigation, Professor Gordon Cook and his team were able to determine the year of birth and death from a set of human remains. From analysing the teeth alone, they were able to ascertain that the person was born between 1950 and 1954, while on the basis of analysing the cortical and trabecular bone, they estimated the year of death to be between 1969 and 1974. This determined a maximum age of 15 – 24 years old, while analysis of dentition and other skeletal parameters ruled out the younger part of the age range. This resulted in the conclusion that an age of 18 – 24 years old at death was most likely.

The measured fraction modern values of all samples were indicative of someone who was living post-1955 when F14C values in the atmosphere supersede 1. The F14C value for the crown enamel of the lower 2nd incisor was too high to be pre-modern, and implies that enamel formation commenced prior to 1955 and continued for a short time after that date. On the basis that crown development is complete by the age of 4-5 years old, this would imply that commencement was around 1952-53 and this would approximate to the year of birth. Additionally, findings from the lower canine crown enamel were entirely consistent with this approximation.

Calculation of year of birth on the basis of the results from the lower canine enamel and root collagen produced very similar ranges of 1950-1951 and 1951-1954, respectively. The lower second incisor enamel analysis resulted in several age ranges. All of those between 1895 and 1918 were ignored on the basis that the root collagen result indicates a post-1955 age. This leaves a single credible age range of 1950-1953. The root collagen analysis indicated two possible age ranges of 1981-1982 and 1951-1954. The latter was completely in agreement with the other results, therefore all results pointed towards a year of birth between 1950 and 1954.

The bone analysis results showed that the F14C values in the trabecular and cortical bone were very similar, which would imply the remains were that of a young person. Calibration of the bone collagen results were carried out using CALIBomb to establish a year of death. With no smoothing term, the trabecular bone from the vertebra calibrated to 1963 or 1969-1972. The former age was disregarded on the basis of the estimation of the year of birth as this would have made the person around 10-12 years old. Since the third molar was fully formed, the remains could not have belonged to someone as young as this.

The results of both the qualitative and quantitative analysis of the teeth suggest that this person’s year of birth was between 1950 and 1954, and the year of death was between 1969 and 1974. This would make the maximum age range around 15 to 24 years old. Analyses of the detention and other skeletal parameters eliminated the younger part of the range, so an age of around 18 – 24 at death was most likely.